A visit to two Parisian practices reveals the City of Lights' built heritage weighs heavily on its contemporary architects.

The Mansard roofs and decorative facades of central Paris lend it its distinctive personality.

In the 1950s, Paris underwent a housing boom. The houses constructed during this period were predominantly social housing projects. They emerged from the post war need to rebuild, and are all clear descendants of Le Corbusier’s international style. Slab and tower developments for the most part, they are predominant throughout the outer ring of central Paris, and are a drastic contrast to the six storey Hausmannian housing that makes up the majority of the city. This latter housing type, with it’s ornamentation, active retail frontages at ground level, and consistent window and roof forms both contributes to, and defines, the central city’s urban character.

The Hausmannian building type was introduced to Paris in the 19th century with a heavy hand that lead to the destruction of much of the city’s older Renaissance and royalist buildings. However, seen now, the Hausmannian style does seem to play nice with its older counterparts, thanks to a shared attitude to ornament, building scale and proportion. The same could not be said of the modernist housing that came later. As our group visited local practices and spoke with local architects, all, without fail, pointed out that they, and every French person they know, fiercely hates these developments.

As our group visited local practices and spoke with local architects, all, without fail, pointed out that they, and every French person they know, fiercely hates Paris’ modernist housing developments.

Manuelle Gautrand Architecture was established through doing competitions for publicly commissioned buildings, and Gautrand’s name was made after she completed Le Palace Theatre, in the country’s north. “Cultural buildings have very low budgets in France, but they also must be iconic,” Gautrand tells us as she explains the process for delivering such buildings in France. Much as in Australia, there are complex regulatory bodies and concerned public groups to deal with, deadlines to deliver that are curtailed by government elections, and the rich tapestry of building heritage to consider. In addition, the Centre des Monuments Nationaux acts outside the local government, providing further levels of scrutiny.

I know that Sydney and Melbourne are not as old as Paris, but if you have ever been commissioned to renovate a heritage listed house, or do a significant building within the City of Sydney, this likely sounds very familiar to you. While in Australia the people do not harbour a bitter hatred of all buildings contemporary, there is always the significant question of how to best integrate something relevant to our time with the city’s built heritage. In Sydney, Cafe Sydney atop of Customs House and the Museum of Sydney are two examples that approach this question from opposite directions. One presents a building that is clearly new and different from the heritage item below, the other mimics the mass and materiality of it’s sandstone context. Both are loved and both are legitimate responses to the problem at hand.

When Gautrand begins a new project, her office develops three or four options in parallel. Working with physical models throughout, they also test programmatic design options and context responses separately, before analysing both and synthesising. I found this interesting, as it means they are able to resolve the building’s response to the heritage context without compromising the brief or use, and vice versa. This does not mean that one becomes secondary to the other, but that there is a clearer way of discovering ideal outcomes. Gautrand tells us the agenda towards heritage comes very early, and is related more to the use of the building: “[we] decide to either be respectful or powerful. Sometimes the program must be more visible, if it has an important role for the people.”

The now under construction Alesia Cinema in Paris is an example of their design for a powerful and visible building that is important to the local community. The planning of the building includes a central atrium and public stair, similar to the rich experience found within the historic Paris Opera by Charles Garnier. The facade has an LED light screen to the street for public forums. Overlaid onto a metal facade in the same scale and proportion of the original facade it replaces, it folds out at low level to offer a traditional street awning. The contrast between Hausmannian Paris and LED screen could not be greater, but the references to historic Paris are being smartly pulled into the contemporary aesthetic.

Gautrand told us that her aim for each building is to “feel the program and respect the users, but also give an artistic touch [and] give emotion.” Perhaps the failing of the 1950s buildings is their lack of any emotive quality.

Perhaps there is a third mode of “contemporary” that can be nestled into this heritage context? Instead of just blending in or standing out, can the work be a redefinition? Neither quiet nor loud, but referential and harmonious as a way of bringing balance – like Haussmann’s model.

On the last day of our practice visits, we were shown to the Cardinet-Chalabre Apartments by LAN Paris. The eight-storey building houses about 40 residences, divided by lightweight walls, which can be removed and changed over time if the building needs to be converted (to offices, for example). A very pragmatic and forward-looking design, the idea draws very heavily from the past. Architect Anne Sophie from LAN showed us a satirical section of a Hausmann style terrace that has been carved up into apartments, ateliers, workshops and small studios. With their original bourgeois occupants evicted, these terraces were discovered to be very adaptable to change, and this is said to be a crucial reason for their subsequent survival. The new apartment building takes this core idea of the heritage context, as well as the aesthetic cues of window sizing, ground floor retail, and proportion to create a stylised redefinition of the Hausmann context.

Gautrand told us that her aim for each building is to “feel the program and respect the users, but also give an artistic touch [and] give emotion.” Perhaps the failing of the 1950s buildings is their lack of any emotive quality. The historic buildings of Paris are emotional. They have coloured brick stripes and spiraling, wrought iron lattice work. They could have been designed at a face-painting stall. They proudly wear their ornament as this is what people can relate to. Perhaps emotional architecture is the cue to begin a discussion about redefining the contemporary, to integrate it with history.

Architecture is a profession struggling to achieve balance and equity, and it can take a toll on all of us. Michael Gay gives advice on …

'There are more of us than you may realise': Severe mental illness in the workplace 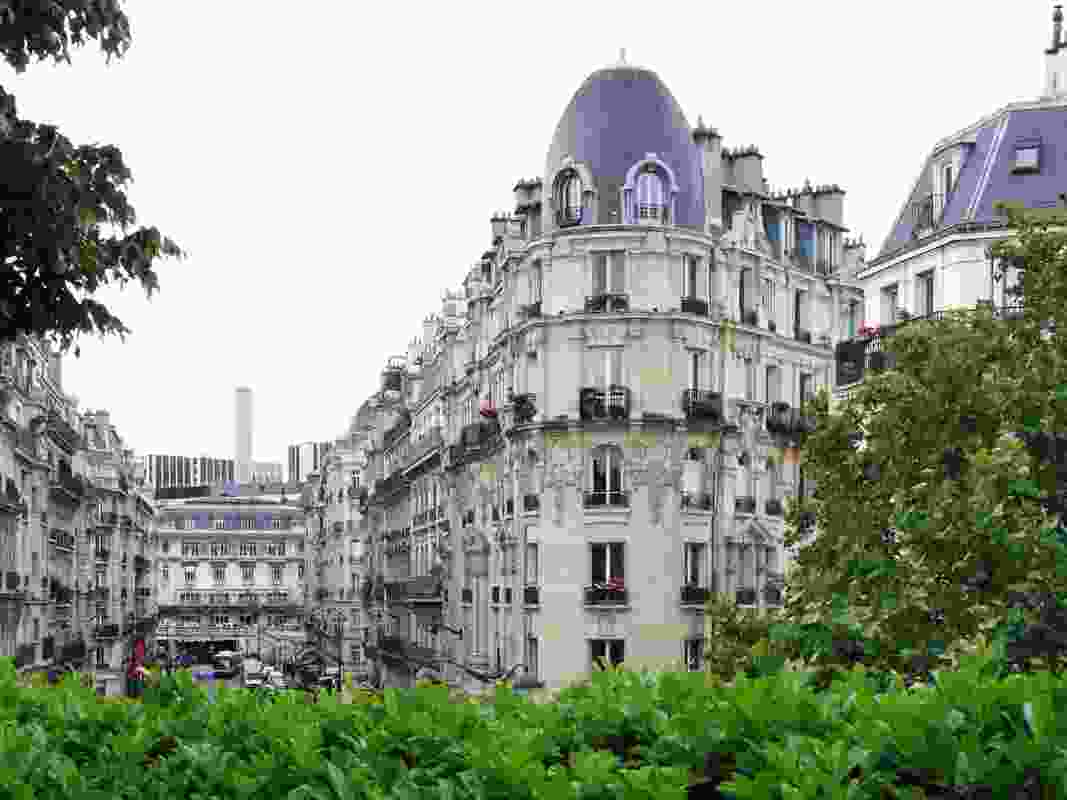 The Mansard roofs and decorative facades of central Paris lend it its distinctive personality. 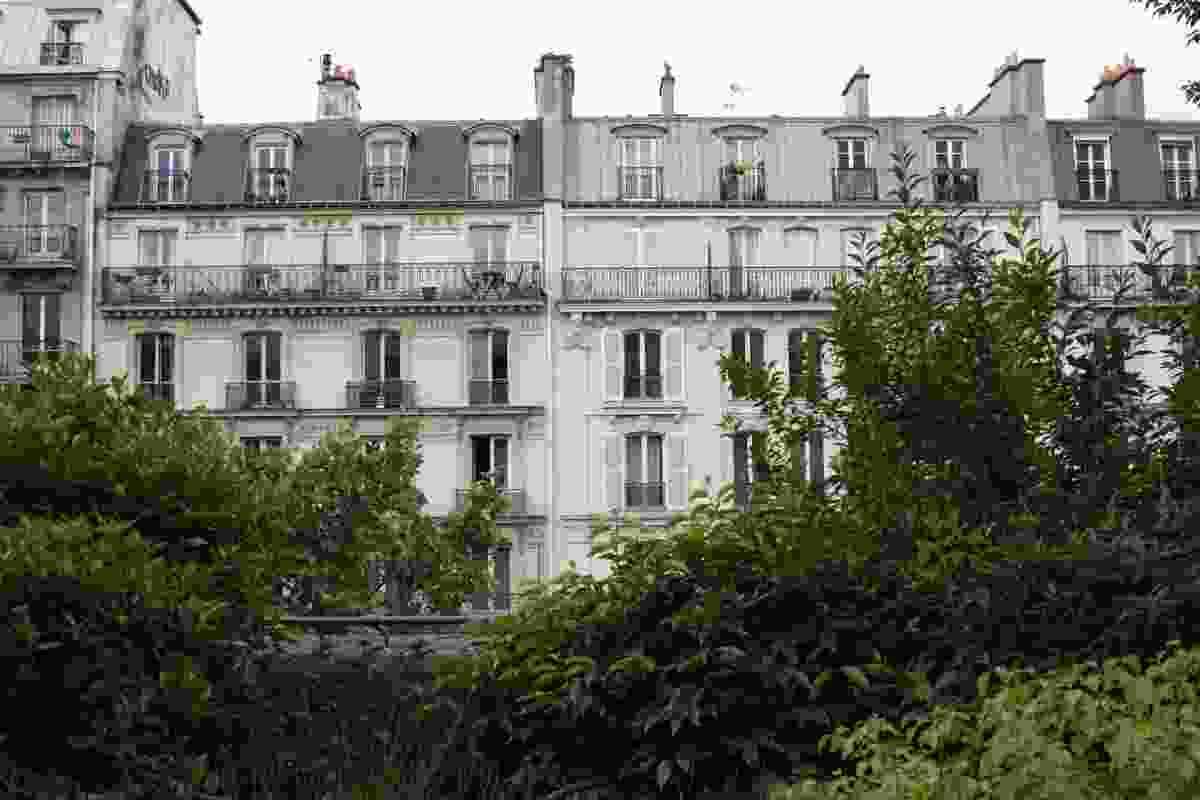 “Hausmannian” housing makes up the majority of the city.

Join our architecture and design community of 52,000+. Get the latest reviews and news first.