‘There are more of us than you may realise’: Severe mental illness in the workplace

Crossing the street: a routinely paralysing experience for the author.

Many initiatives for mental health in the workplace seem to me almost exclusively focused on work-related stress and how to relieve it, as if to hope that our duty of care on mental illness might be discharged by the right tweaks to corporate cultures and HR policies. The industry seems largely unaware of the distinction between milder mental illnesses that can benefit from such initiatives and more severe illnesses that are much more complex for workplaces to adapt to.

The Literature Review: Architects and Mental Health by ConNetica for the NSW ARB in 2016 cited the Report of the National Review of Mental Health Programmes and Services produced by the National Mental Health Commission in 2014 identifying three tiers of mental illness. Loosely, these are mild-moderate conditions (e.g. anxiety, depression) affecting 3 million Australians per year, severe conditions (e.g. schizophrenia, bipolar disorder, eating disorders) affecting 625,000 per year, and conditions likely to entail a psychosocial disability, affecting 65,000 per year.

People in the third category are rare in full-time employment. It’s those in the second category that employers are likely to encounter but without the tools to accommodate. Architects are by and large entirely willing to do what’s right by these employees, but few may be ready for the reality of a severe mental illness in the workplace or the nature of adaptations required. Severe conditions can be utterly bewildering to the observer, often to the sufferer as well. The symptoms found amongst severe conditions - psychosis, hallucinations, mania, compulsions, purging, self-harm, suicidal ideation - can be traumatising to witness, leaving employers and colleagues feeling helpless and responsible, with risk to their own mental health.

An employer’s usual methodology in other forms of severe illness or injury would be to ask the employee’s medical specialist to provide a return-to-work plan. That request is usually in vain for severe mental illnesses, largely because of their dynamic nature, with symptoms and needs changing from month to month or week to week, making a mockery of any kind of plan. It is also alien to how many psychiatrists see their own role, which is not to prescribe treatments that can be set down in black and white but to engage with a patient in an intimate process of interrogation, observation and redirection over several years. The adaptations that may be needed may not be obvious until months after the workplace finds itself crying out for them

The only way out of this impasse is for employers, employees and colleagues to be able to embark upon a similar long-term process of trust-building and communication. Five years ago I was diagnosed with bipolar disorder (type 1, the more manic variety), a product of a period of profound social isolation conducting fieldwork in West Africa. My original instinct was to conceal my diagnosis from my employers. Time and again I found that struggling in secrecy caused my symptoms to get much worse than they ever needed to be, turning mildly stressful circumstances into everything from manic overwork to self-harm, catatonia and suicidal episodes.

Each occasion forced me to reveal my diagnosis, and each revelation allowed me to learn that overwhelmingly my employers and colleagues in the architecture industry can be trusted with such knowledge, and can be counted on to offer their full support, even if neither of us know what forms that should take.

Their understanding has given me the courage to change my approach, and embark upon this process of trust-building and communication with my employers and colleagues, so that the right adaptations will reveal themselves through dialogue. It is easier now to explain that commuting to work fills me with dread every morning, and that sometimes that anxiety will be overwhelming. But when I do make it to my desk, the routine of sitting down quietly, opening my laptop and checking my emails stabilises me. That I’m better on large, long projects than short, sharp deadlines. That I don’t cope terribly well in too-many-cooks situations. That it’s better that I can plan my time months in advance rather than try to do anything at the last minute. That I integrate poorly with others’ attempts to do anything at the last minute. That I will inevitably overreact emotionally to trivial things, but that it’s nobody’s fault when I do.

I used to think that telling people I had bipolar disorder would be a career-limiting move. I am glad that I have been forced by circumstances to learn that this is not really true, at least not in the architecture industry.

I wrote this article for two reasons. First, to lead by example and indicate to other architects with severe mental illnesses that it is possible, I believe, to be open and honest about your condition and not be misjudged for it; in fact, that your condition may be easier to manage as a result of it. And second, to indicate to employers and colleagues that this second category of mental illness exists in your workplaces, and that the usual methods of dealing with severe illnesses may need to be set aside in favour of a method focused on building trust and communication over the long term. And to both employers and sufferers I say: there are more of us than you may realise.

If you are troubled by anything in this article and are not sure who to turn to, please consider reaching out to one of the following as I have in the past:

Please also enquire whether your company engages the services of an Employee Assistance Program such as the following:

This article was originally published in the Architecture Bulletin.

See all
In it to win it: procuring projects abroad

What are the challenges and opportunities for Australian architecture practices working internationally? Ross Donaldson, who led the global growth of Woods Bagot, shares his insights.

Architecture is a profession struggling to achieve balance and equity, and it can take a toll on all of us. Michael Gay gives advice on …

‘There are more of us than you may realise’: Severe mental illness in the workplace 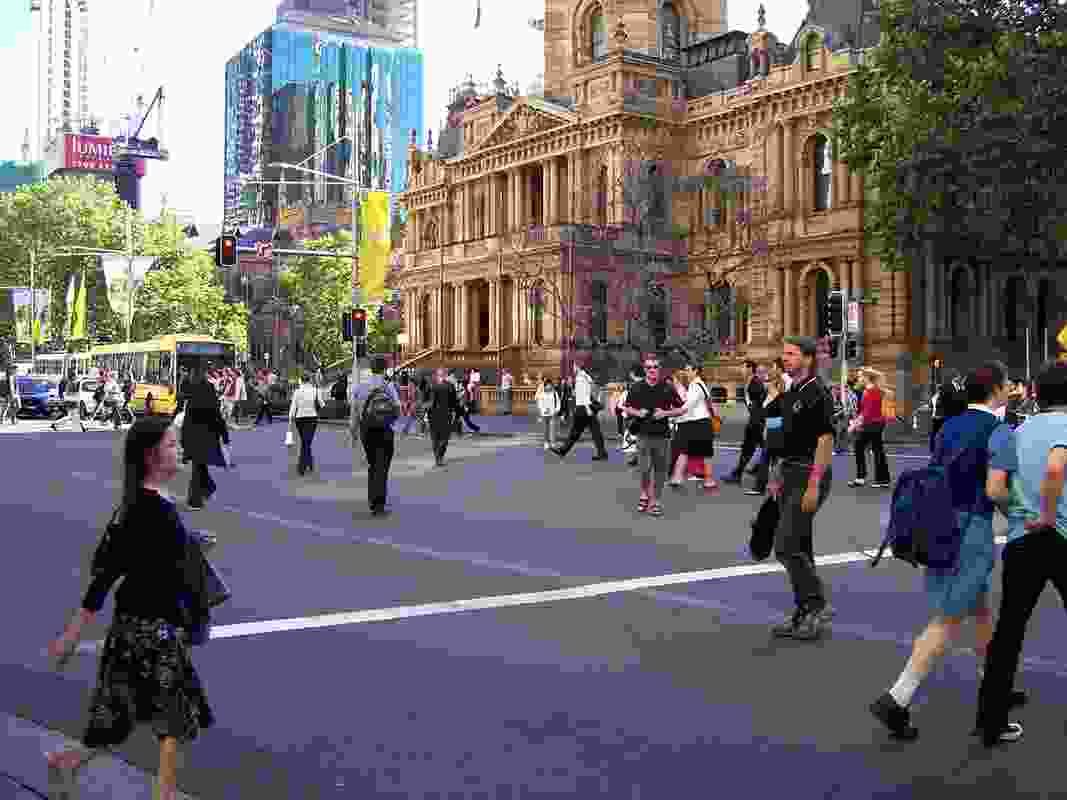 Crossing the street: a routinely paralysing experience for the author.